Top 10 armored cars in the world

Home>Blog of Brone.bg>Top 10 armored cars in the world
Previous Next

Top 10 armored cars in the world

Typically, people use vehicles to move from pointА to point B. However, cars may also be necessary for safety purposes.Celebrities, senior statesmen and political figures, military officials, secret services officials and even criminals use armored vehicles to ensure their security. These vehicles are able to withstand rain of bullets and even bombs, and other means of attack. There are many types of armored vehicles around the world, but only few of them have proven to be the best. 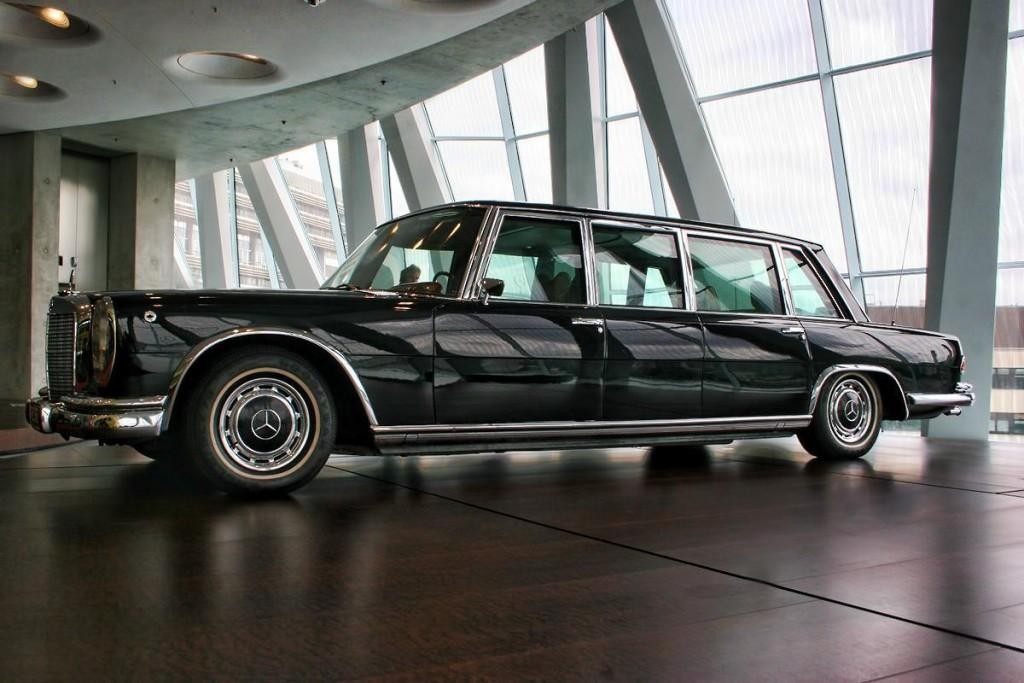 In order to be one of the best, an armored car should meet several requirements. One of the basic needs of people looking for such cars is security. Namely the armored cars have saved the life of famous statesmen and celebrities. The Russian Tsar Alexander II, for example, initially experienced the deadly assault over him in March 1881.

After surviving, however, he left the car to search for other survivals but he died due to a grenade explosion. The American President Ronald Reagan experienced an atttack in 1981. Six bullets have been directed towards Raegan, as five of them failed to reach him through the bumper. The sixth one, however, ricocheted and stopped millimeters from his heart. Nevertheless, Reagan survived this assassination attempt.

In our imagination, we often see armored cars as an impregnable fortresses, so they should be manufactured so to protect the passengers from various types of attacks. However, they also have to be discreet, not to be very different from the other luxurious vehicles.

The style and the innovations are also important factors. Besides being attractive, the design of the car should also be creative, taking into account all possible attack scenarios.Considering all these things, here is the list of the 10 best-selling armored vehicles in the world.

„Maserati Quattroporte“ is a car that features ultra-modern ballistic protection shields. It is also almost impossible to distinguish the armored model from thestandard model. Let‘s recall that this is the vehicle that the Itaian government likes so much that during the financial crisis in 2011 it bought19 cars for the price of 3.8 million euros.

„Volkswagen Phaeton“ is a special work of the “Volkswagen” factories. It provides us with the opportunity to personalize both the interior and the exterior of the car, as well as with additional specifications – a luxury that is offered only by brands such as „Bentley“ and „Rolls- Royce“.

The „Phaeton“ model has also been used by the Head of Vatican – such cars was purchased by Pope Benedict XVI. The vehicle of this series was bought years ago also by the Chancellor Angela Merkel, as well as by a number of other European officials.

It is enough to recall the magnificent „Mercedes Benz 770“ – the car of the political elite of Nazi Germany. „Pullman“ is able to withstand both bullets and explosives, and its interior can function also as a real hopper in case of need. 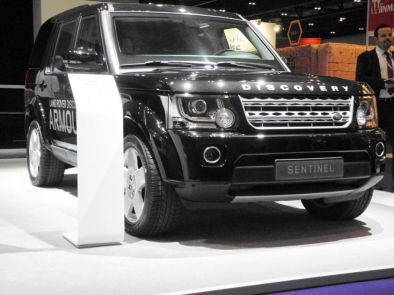 „Range Rover: Sentinel“ is the incredibleluxury child of „Land Rover“, which ensures that you will be totally protected from explosives or from attacks of high-calliber bullets.

The „Rolls-Royce Phantom VI“ limousine – for many people „Rolls-Royce“ is a synonym of luxury, so this brand will always attract the attention on the road. But while paying attention to its luxurious look, only few people will notice that this is an armored car. „Rolls-Royce“ does not disclose much information about this series and that is in order to retain discretion in the name of its major clients. This generally helps to increase the level of protection offered by this model. 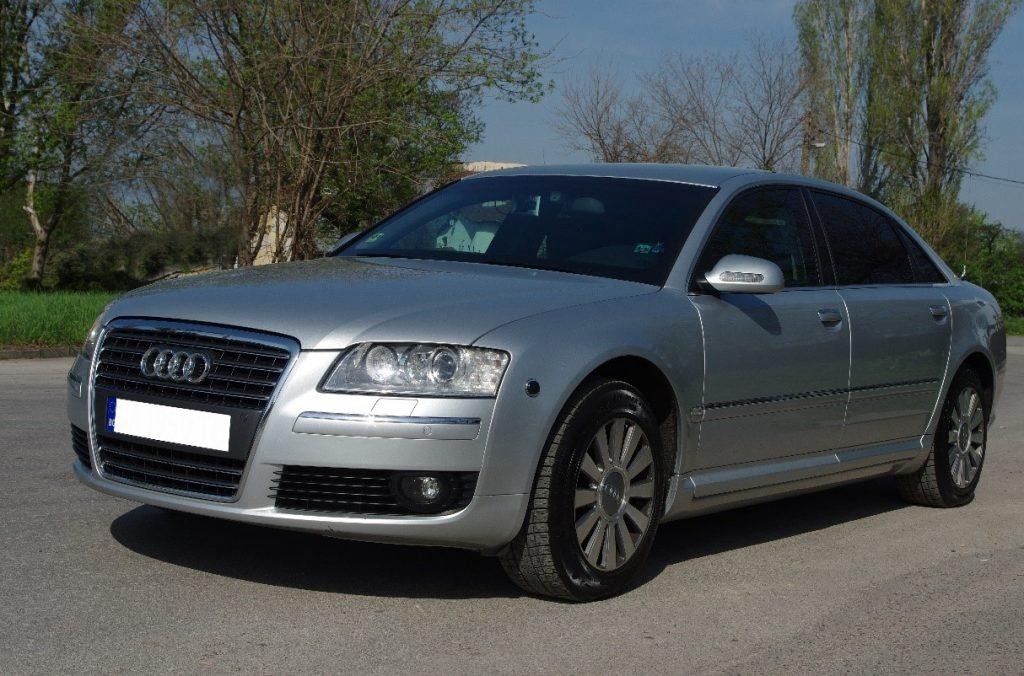 „Audi A8 L“ – this car is equipped with B7 bumper, which is the best type of protection for your vehicle. The designers of his car have thought of every possible scenario and they have manufactured a vehicle that will protect its passengers in every situation.

They also have thought of the possibility of explosion of the front window of the vehicle – in case of need of urgent evacuation. In addition to being able to withstand more types of bullets and explosives, „Audi A8“ ranks  as one of the most luxurious cars in the world.

„Porsche Panamera 4.8 V8 Turbo“ – the „Porsche“ company is famous for its luxury car production, so you will certainly not lack a sense of style and comfort while useing the armored „Panamera“ series.

The roof and floor of the car are reinforced with a 3-millimeter layer of ballistic steel for greater security. Not only its windows are bullet-proof – even the gas tank, the radiator and the battery are armored. 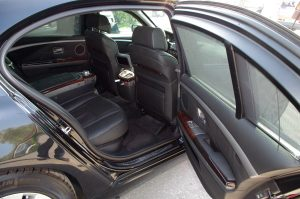 BMW 760Li High Security – this model provides protection to its passengers against gas attack – so the escape of such an attack is provided by this car.

The car is equipped with gas sensors that will guarantee your safety. Moreover, you will be able to survive even in the event of an explosion near the road, as you are equipped also with a communication system. BMW 760Li High Security is the model chosen by the Prime Minister of India – NarendraModi. .

„Bentley Mulsanne“ – the „Bentley“ cars are a symbol of class, and the „Mulsanne“ model is armored member of the „Mulliner“ division – the manufacturers of armored cars for the English Queen Elizabeth.

The „Mulsanne“ bumper has been built  in the early stages of the construction of the vehicle. So it is able to protect its passengers from fire, explosions, as well as from chemical attacks. Furthermore, it is extremely fast – it can develop a speed from 0 to 90 kilometers/h in 5.1 seconds. This speed is ideal for quick escape if the car is under attack.

The Beast of „Cadillac“ 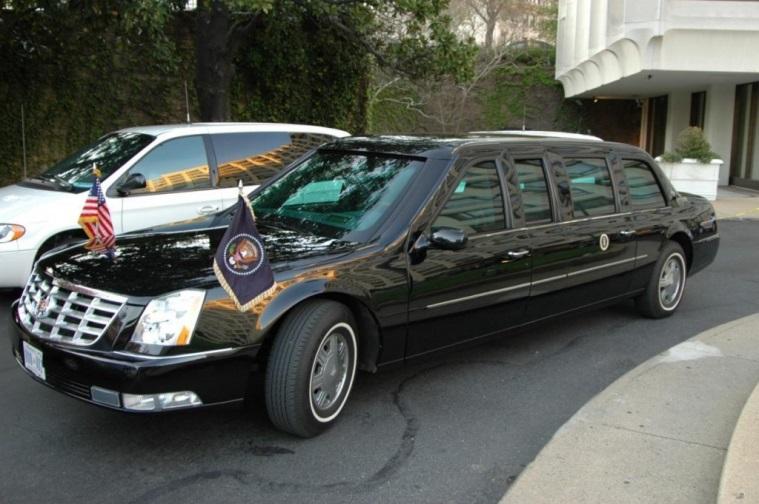 Number one – „The Beast“ of „Cadillac“. The car of the former President of the United States of America, Barack Obama, is known as the Beast and is producedby the„Cadillac“ company, and the famous American gangster of the 1930s – Al Capone was a fan of this car.

Nowadays, the Beast is like a hopper on wheels. Its armored cover is so thick that only the weight of one of its doors is equal to the weight of the door of a„Boeing“. In addition to the external protection, the interior of the Beast is protected against a possible gas attack. A reserve bank with blood was provided in the car for the President Obama in case of need.

The Chinese leaderXi Jinping trusts the national Chinese brand Hongqi, which develops luxury armored super cars especially for him. In the summer of 2018, for example, Xi used the brand new model N501. It is a four-door sedan, over five meters in length and with over 400 horsepower.