Why choose an armored vehicle?

Why choose an armored vehicle?

The levels of threats and security today

When it comes to choosing an armored car, of course, the idea of protection and security against direct attack is of the utmost importance. It can be by different means – from bats in a street accident, through bullets and small projectiles to setting a bomb, a chemical or biological attack. That is why the protections are different and according to the possible expectations, so that people can feel safe and secure. 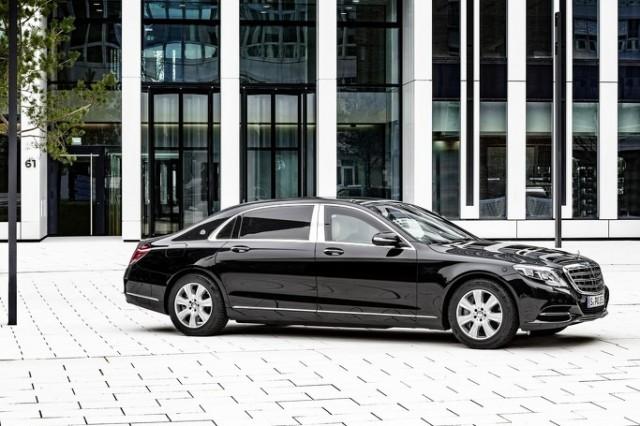 There are 10 levels of protection established internationally, and the VR10 is the highest one. In 2016 such an armored car was presented by Mercedes. The qualities of the S600 Guard limousine can be judged by the ones with a lower defence – VR9, such as the German Chancellor’s and the Russian President’s vehicles. They are protected from everywhere – even from powerful explosions of laid mines, ignition of the tank, have pressurization against a gas and biological attack. However, the security systems are constantly improved, with competition being strong – traditionally the Mercedes rivals Audi and BMW, as well as a number of other companies.

The defences of an armored car include not only the strength of the vehicle’s windows, car body and tires against impact and penetration, but also a number of other protections and requirements.

Separately, any car can be further equipped with protections that are not visible from the outside. So from the exterior the car looks like the standard serial production, but its safety is actually further increased. There is, for example, the opportunity to talk without pulling down the windows of the car or opening the doors. In addition to the special tank, through a type of foam it is protected from ignition, a spare battery can be added that can be switched on automatically when the main one is damaged.

For the tires, there is a system through which the attached armored car can move even with four flat tires until it moves kilometers away from the scene of accident.

With everything up until now, it has to be taken into account that today you do not have to be a politician, a famous artist, a big businessman, or to be involved in an affair in order to be threatened by an attack. While in the car one can happen to be in a shooting, splinters or even blast, accidentally –in case of attack against another or more mass terrorist act. Lower degrees of protection – 7, as well as 6 protect when shooting with an automatic gun. In level 8, defence is against fire with large-caliber guns.

In the search for enhanced protection and security, companies in no way leave behind the comfort of the driver and passengers. 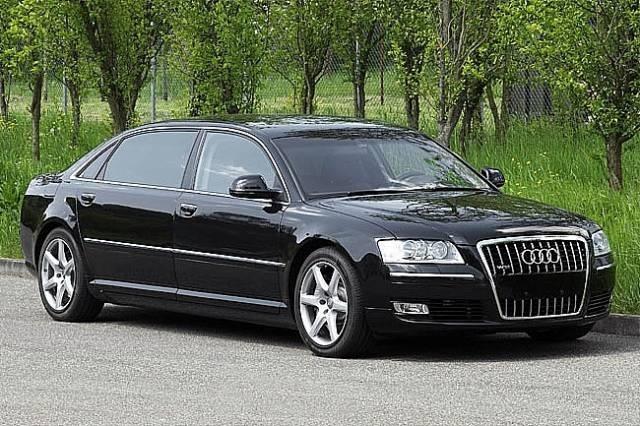 On the contrary, the ambition is for any armored car to be able to provide all sorts of extras in the spacious saloon and be a luxury vehicle. In practice, standard, serial luxury cars are equipped with additional safeguards without this to be displayed in any way. The objective is also for the experimented eye not to catch the introduced details.

Enhancements of the protections may be factory-made or made further upon specific request. In both cases, many of the items are manually installed. If the armor is carried out in the production workshops, the protective elements are installed during assembly. Thus, technologically and in advance, the necessary enhancements are made – the body style, the chassis, the suspension, the brakes that have to be appropriate for the bigger weight. Which, by the way, in factory construction still remains lower.

For the additional armor of the already out of the factory car, it has to be dismantled, the armor elements need to be installed and the car reassembled completely. Then the degree of protection can be chosen by the customer – type of material, thickness, etc. In both cases, comfort extras are maintained and additional enhancement can be added. It’s regarding the interior of the car – as mentioned, there should be no external changes to stick out.

Armored car – as an office or a luxury room

In practice, customers can use the particular armored car as a mobile but well-equipped office – with a computer, a built-in phone, and a fax, even with a document destruction device.

And they can also use it for relaxation as in a hotel room.

The seats are comfortable like armchairs and are made of natural leather as well as upholstery. They can be heated and cooled, tilted, there are massage systems, anatomic pillows, bar fridges. The seats may be two and two opposite each other.

There is nothing plastic in the interior, everything is made of expensive wood, brass and chrome. There are video and audio systems, personal lighting, and panic alarms. Naturally, also air conditioners, however additional ventilation, ozonizing of the air in the car are also offered. The doors are self-closing and have fixators for holding in a certain open position. The boot is also automatically opened.

The ride is smooth, comfortable, the different models develop a speed from 210 to 250 km/h. There are also more heavily armored vehicles that reach a speed of up to 180 km/h. Acceleration up to 100 km is reached in seconds – between 4 and 6 according to the model and the enhanced protections.

How is enhanced protection in armored cars achieved?

For understandable reasons, companies do not give much details about how they increase ballistic protection of cars as well as the enhancements against bomb explosions. There are “transparent” (windows) and “opaque” (armor of the vehicle) protections. 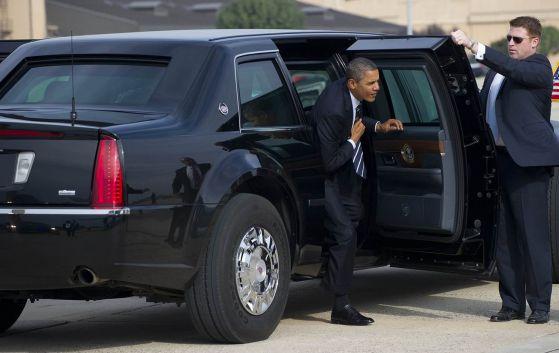 For the windows of a good class of armored car, it can generally be said that they are resistant to bullets of different caliber, and the polycarbonate layer prevents particles from spreading when shot at.

Layers are actually different in number depending on what security is intended. Their thickness may reach up to 13 centimeters, such as the windows of the armored limousine that the American President Barack Obama rode.

Windows are processed both chemically and temperature wise. The shapes can be according to the location of the window – flat or curved. They may be obscured so that the interiors and the people inside could not be seen from the outside.

Different materials are used for reinforcement of the other parts – steel plates, flexible and resistant Kevlar panels, alloyed aluminum, etc. to stop bullets. Here as well the layers can be a different number.

If we take an example with Obama’s limousine, each door weighed 20 kg. So the opening from the outside is a sign of respect, but obviously it has a purely prosaic-practical meaning: A person sitting inside would have difficulty opening such a heavy door. Not only the doors, but also different points along the entire car, are reinforced so that there are no weak spots and is protected in case of a blast below.

For example, in its Guard with VR10 protection model, Mercedes have armored the entire chassis, and the suspension has been reinforced, with one of its functions being to compensate for the heavier weight of the car.

The passenger “cell”, which is hermetically sealed, is also reinforced. There is also a protective layer built between the exterior and interior frame of the passenger compartment. There are covering protective materials even for the fittings.

This armored car is twice heavier than the standard car. However, this doesn’t stop it from being one of the armored cars which accelerate to 100 kilometers in 4 seconds.