The most expensive retro car in the world

Home>Blog of Brone.bg>The most expensive retro car in the world
Previous Next

The most expensive retro car in the world 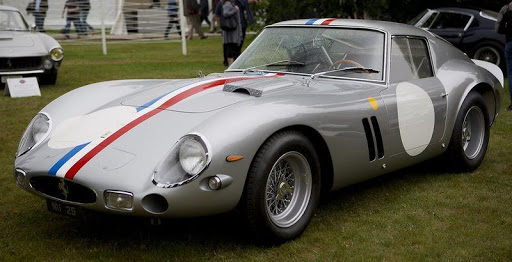 The most expensive retro car sold in the world so far is the Ferrari 250 GTO 1963. It costs as much as a luxury house of a movie star or other celebrity. The purchase took place at a private sale in the USA in June 2018.

Generally, information about these deals shall not be publicly disclosed, but such an attractive price can not be kept secret and, naturally, the information is available to the public. The car was sold for 70 million dollars, making it the most expensive retro car in the world! The buyer is considered to be the billionaire David Mcneill, who is a passionate collector of the brand and has a collection of rare sports models in his “garage”, with the cost of each car being million dollars.

In fact, this model has been on the top of collector’s demand for years – the previous record for the most expensive retro car is again of Ferrari GTO 1963. In 2013, such a car was sold at an official auction for 52 million. Previously, its price at the announced auctions rose steadily over the years – 18 million, 28.5 million, 32 million dollars. In fact, the other representatives of Ferrari 250 GTO are “not giving up” – years ago in Monterrey, one of the models from1962 was sold for 48.4 million dollars. Experts expect that the price of the Ferrari 250 GTO models will increase in the coming years and it will reach 100 million dollars per car.

Among the owners of other such cars of the series is Nick Mason from the legendary group Pink Floyd, who also collects retro models of Ferrari, and he also has rare  Bugatti, Jaguar, and so on, 43 in total.

“In the club” is also the fashion designer Ralph Lauren, who is the owner of 11 Ferrari cars, five Jaguar and 5 Bugatti, as well as several Porsche cars. Lord Antony Bamford has two cars 250 GTO of the legendary Italian brand. It is interesting to note that in the past the basic production price of the car was 18 000 dollars – an amount that is nothing compared to the current prices. 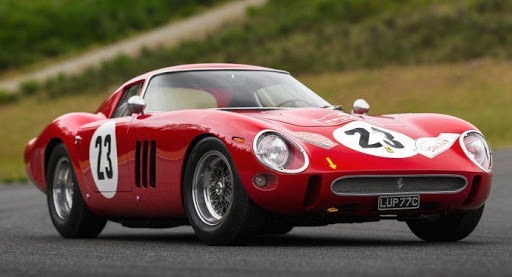 Why are the Ferrari 250 GTO cars so valuable to collectors nowadays? Because apart from being beautiful and attractive, the cars of this series are extremely rare and have a very interesting history – both in production and in sports competitions.

Within the period 1962/64 were produced only 39 cars of the 250 GTO model /handmade/, as some of them have been modified according to the customer wishes for improvement of the aerodynamics and to allow the Ferrari cars to participate in certain car racings.

Thus, some of the produced cars have modified passenger compartments, so different versions were created, some with new 4-liter engines instead of the original 3-liter engines. This makes the preserved cars of the series unique. Moreover, these cars are champions and they have won prestigious tournaments such as “Tour de France”, GT championship in Italy, Targa Florio in Sicily as part of the World Championship, etc.

Of course, it would not be quite adequate to compare veterans from the early 1960s to the modern cars. Still, the production characteristics of Ferrari 250 GTO 1963 are quite “powerful” and they are impressive even today – more than half a century after they were made! The 3-liter V12 “gears up” 300 hp; the acceleration from 0 to 100 km takes place within 5,6 seconds;280 km/ h is the maximum speed. The identification 250 means that the capacity of the cylinders is 250 cubic centimeters for each, and GTO means that the car is certified for GT competitions.

Taking these characteristics into account, plus the fact that there are only a few pieces, plus the number and significance of the sports victories of the car, plus the time passed, makes a well-kept car of the series a real jewel. So now you know why a car of the series is the most expensve retro car in the world. Moreover, today there are competitions in which Ferrari 250 GTO can prove class, they can win, fame and prizes. 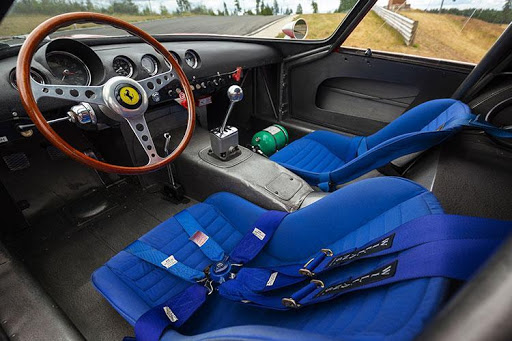 A living history of the demands in car manufacturing

Until the 1970s, the owners of the Ferrari 250 GTO did not suspect that they owned anything that would make them millionaires. The car was perceived as an old sports car that is stopped from production.

There is a case, for example, in which a car of the series was “just like that” used for exercises and education in a mechanic school in Texas. In fact, the use of a car of the series for professional training is understandable because the modifications of the car are a “living history” of the demand in car manufacturing for sports and road cars in a period of time that is not small. Moreover, the history of each individual vehicle is documented, and the archives have been preserved to the present day.

The project Ferrari 250 GTO itself has not developed smoothly, and has had  a dramatic delay. In the beginning it was managed by Giotto Bizzarrini – a car engineer, who was employed by Ferrari in the late 1950s as a director of development of sports cars. In 1961, however, he quit with the entire management team /formally or not – they were fired/ after a problem with the wife of Enzo Ferrari, because she was intervening in the business affairs.  This was a big quake for the company, which affected the development work. The place of Bizzarrini was taken by the 27 years old Mauro Forghieri,  who was a trainee – engineer and later on the project was finished with improvements made “on the go” under his management.

In more broad aspect, Ferrari 250 GTO has a history that began in 1954 with the 250 GT. Then was created the 250 GT Europa model. In 1959 was placed the last step to Ferrari 250 GTO – this was the 250 GT SWB, which was the champion in car racings in the next two years. There was a road model that was more luxurious.

Generally, all 250 GTO have remarkable sports achievements since 1961 onwards, with improvements continuing in 1962, 1963 and 1964. Then due to lack of understanding between Ferrari and the International Automotive Federation about the permit of the model for racing in GT competitions, Ferrari headed to Formula 1.