Why are armored car tests needed?

We all know that in order to provide maximum protection against armed attacks, celebrities such as heads of state, politicians, actors and showbiz stars resort to armored vehicles. Not only military personnel are equipped with armored cars, but also people on diplomatic missions. 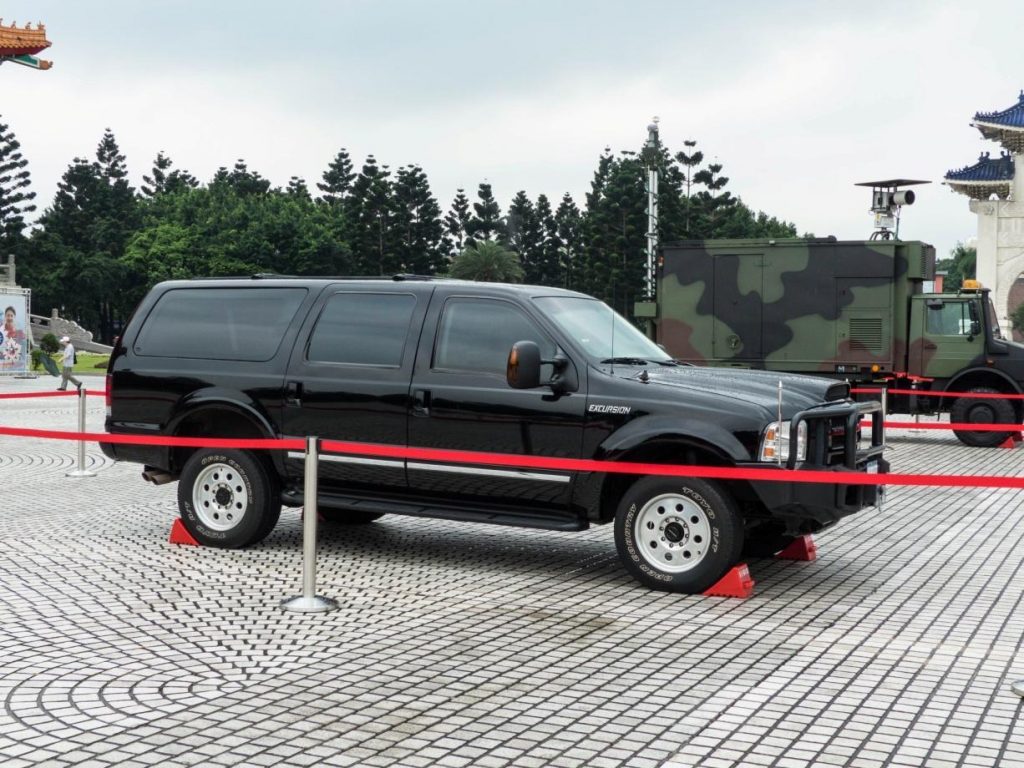 Attackers are continuously improving their weapon technology and are more creative in their attacks. Consequently, this is a challenge for the armor makers.

Armor manufacturing companies are forced to invest in more innovative armor designs and in search of ever-newer technologies, as well as to introduce more in-depth tests on the different parts of the vehicle.

Armored cars can be two types. The type with fully visible armor and the type whose armor is completely invisible, and they are hardly any different from the ordinary armored cars. If we are planning to get such a car, it is good to first decide what level of ballistic protection we need. More is not always better when it comes to armor.

The equipping of a vehicle with more armor respectively increases its weight and makes it more difficult to maneuver. Although the lightest possible elements are used to arm a car, thick high hardened steel is still used in certain parts. A car weighing 2 tons can reach up to 4 tons after armor has been added. This applies to urban conditions.

If you put armor on your car and you plan to drive it around the city, then you should choose a lightweight and imperceptible armor variant that will make your car invisible and easy to maneuver in the event of an attack. Buying a heavy armored SUV for the city is pointless as it will be useful to you during off-road trips. For out-of-the-city protection, such models as Toyota Tundra are suitable. Such armored off-road vehicles are suitable for people seeking a military class of ballistic protection to prevent attacks by powerful sniper rifles and machine guns.

And if we want a stylish armored vehicle for urban driving, a powerful sedan with a variety of extras such as Audi 8 makes our journey not only safe but also super comfortable and fun. Such lightweight armor vehicles are suitable for people who want to protect themselves from small-caliber pistol and submachine gun attacks.

Prior to reaching its owner, each armored vehicle passes a series of tests, and after meeting their requirements, it receives a certificate for passing the corresponding level of protection. There are established standards for the level of protection for armored cars.

It is important to mention that ballistic standards are an indication of what attacks of ammunition can be resisted by the armor, and not by explosive devices, as there are separately established standards for these. International standards for ballistic protection in cars correspond to the most common examples of ballistic threat in a given geographic region.

One of the biggest differences in vehicle armor standards is whether they comply with the materials used in the armor process and the whole vehicle in general.

What are the levels of ballistic protection in cars and what weapons do they protect against?

Armored vehicles undergo special new tests and then receive a special certificate for a level of protection against explosions. European standards EN 1522/EN 1063 define a total of seven levels of ballistic protection: from B1 to B7. However, there is confusion with the introduction of new standards, as B6 has become VPAM 7 and the other widely used standard in armors – B7, has become VPAM 9. VPAM standards start from 1 to 14. 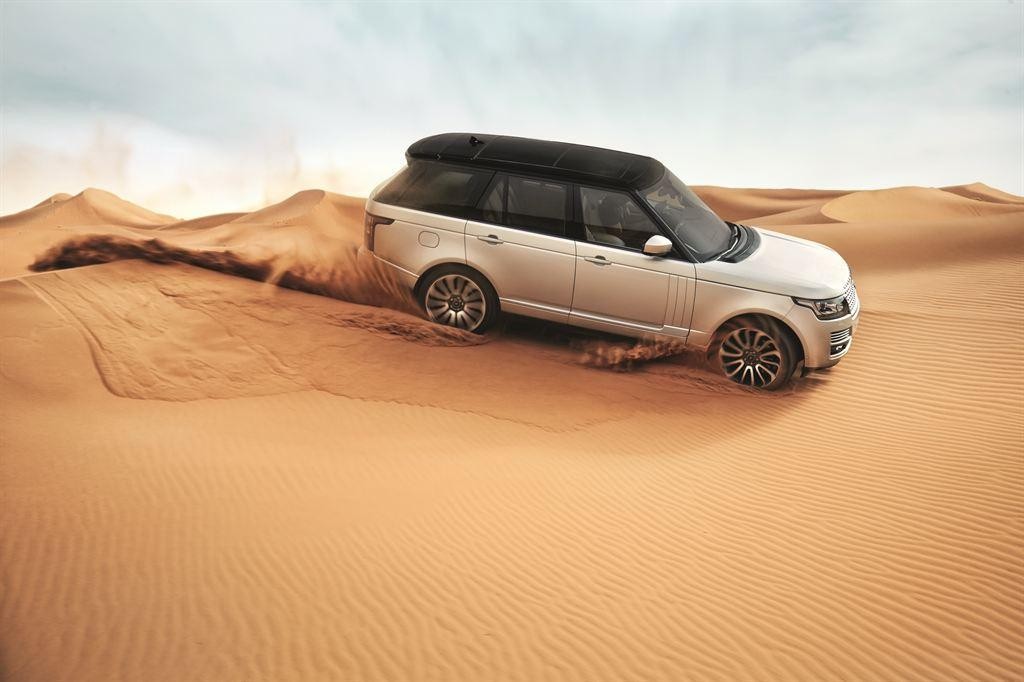 One of the most popular ballistic standards is EN 1063, established by the European Committee for Standardization. There are, however, a number of armored vehicle manufacturers who have introduced their own ballistic standards. Unfortunately, however, we cannot be 100% sure of their procedures and testing methods. There is no guarantee of their credibility, so it is wrong to compare them to the European ones.

Ballistic protection levels B1 to B5

Ballistic protection levels B1 to B5 are suitable for the protection from medium-sized armed attacks, such as those planned in the urban environment.

Ballistic B1 and B2 are rarely used in the manufacturing of a vehicle armor. Class B2 can withstand a 9 mm and 38 mm projectile attack, and the armor of this class of vehicles has the ability to slow down bullets from larger caliber weapons.

Class B3 can absorb an attack with small caliber weapons and .357 Magnum projectiles. Armored sedans are usually equipped with a B4 or B5 armor. B4 can withstand an attack of 44 Magnum, for example, and also smaller threats.

Vehicles used for security purposes such as SUVs can be armored according to the activity they perform – whether they are a police car or an ambulance. They usually provide a B5, B6 and B7 level of protection and can withstand 7.62×51 mm caliber attack.

Armored vehicles with a B6 level provide outstanding ballistic protection for passengers against explosions. For example, armored police pickups can provide protection against 50-caliber bullets. Armored cars with such a level of protection can withstand explosions, roadside bombs and car bombs.

Level B5 can be attacked by 357 Magnum at a distance of 5 meters and B6 can take hits with 7.62×39 bullets from Kalashnikov. Class B6 is considered a relatively good ballistic defense, with armored cars responding to the levels after it protect against more serious threats such as armored bullet attack from 7.62×51 (.308) to 30.06 AP and Penetrator projectiles.

Although Class B5 shields from multiple shots with SS109 bullets, tests show that the armor of these vehicles does not always stops the bullet before it has penetrated the original armor of the car due to projectile deformities. In connection with this problem, IAG has developed a B6++ ballistic level that overcomes this problem and protects against 7.62×54-millimeter bullets fired by a Dragunov sniper or PKM machine gun and provides greater protection against explosions.

The B6++ provides a denser armor than B6 and a lighter design than B7, which gives it an advantage in its off-road terrain performance, while at the same time it does not yield in terms of 7.62X51mm attack protection level, the M80 NATO FSJ, 5.56×45 mm SS109 and 7.62×54 mm bullets. All three standards – B6, B6+ and B6++, provide good protection against explosions and perform well on off-road tests.

B6 armored vehicles are preferred vehicles for operations in conflict areas in the Middle East, such as Iraq and Afghanistan. They have 6mm ballistic steel and 39mm tempered glass and protect against numerous gun shots like AK47, M16, G3 and FAL.

Higher levels such as B6 and B7 are designed to protect against attacks of medium or military range. They can protect the vehicle from both ordinary hand grenades as well as from grenade launcher attacks.

B7 can withstand 7.62x51mm armored bullets. For EN, it is mandatory that B7 provides protection against attacks at different angles, but according to the National Institute of Justice (NIJ) level IV standard, the vehicle complies with the standard if it can withstand a single shot. Although B7 is considered to be a high level of protection, its disadvantages are that it cannot withstand strong explosions and does not have a good performance in off-road environments.

NIJ’s level IV also doesn’t provide good protection against explosions. It also makes it difficult to maintain the OEM appearance of the vehicle due to the thick, transparent armor used.  Vehicles with levels B7 and NIJ IV also have no OEM appearance and are best suited to urban conditions.

The high level of protection VR9 has been introduced by ballistics institutes, one of which is one of the most prestigious ballistic institutes in Ulm.

The highest level of safety in armored vehicles is the VR10 and, for example, the new Mercedes-Maybach S600 Guard limousine has such protection. 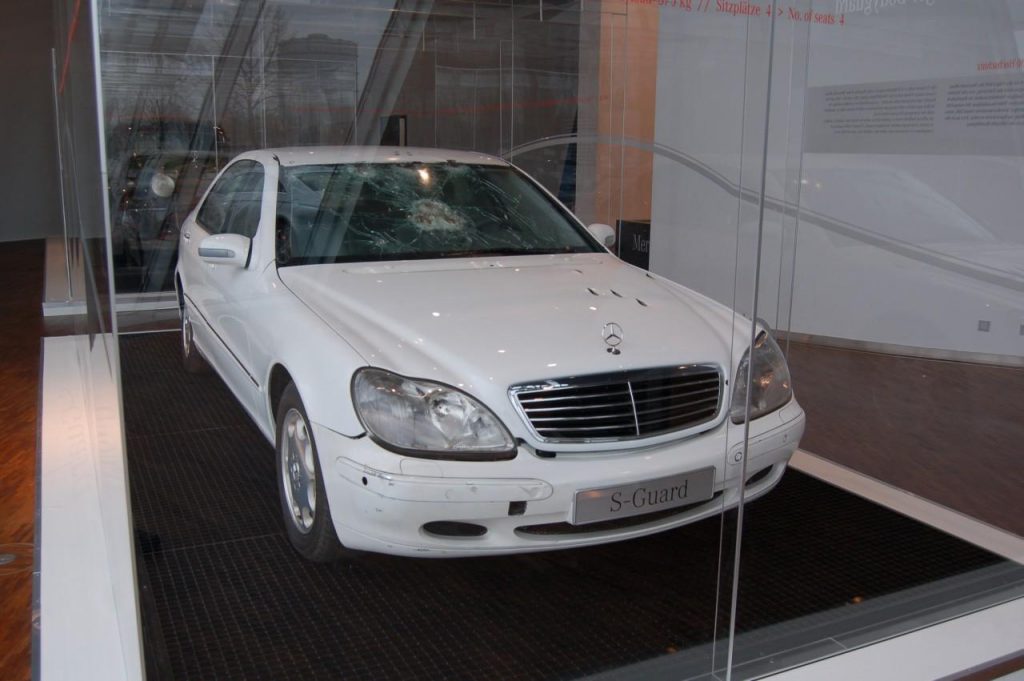 One of the leaders in the manufacture of armored vehicles, such as IAG (International Armored Group). In recent years, the company has created a new armor design for all B6 class vehicles corresponding to a class called B6+ as it offers even greater protection than the B6 level.

B6+ provides high protection against explosions while B6 provides medium protection. It is achieved by integrating thicker hardened steel into the armor. There is no such thing as best standard for armor. Simply every standard of protection approaches the different levels of threat corresponding to the regions where customers most often drive, as well as their preference for appearance.