Home>Blog of Brone.bg>Tests and results of popular armored cars
Previous Next

Armored cars and their role

We all know that for an armored car it is important not only to have a beautiful and sophisticated design but also to offer security and maximum protection against armed attacks of various kinds. It must have an representative appearance and at the same time provide a high level of protection in any kind of threat situation. 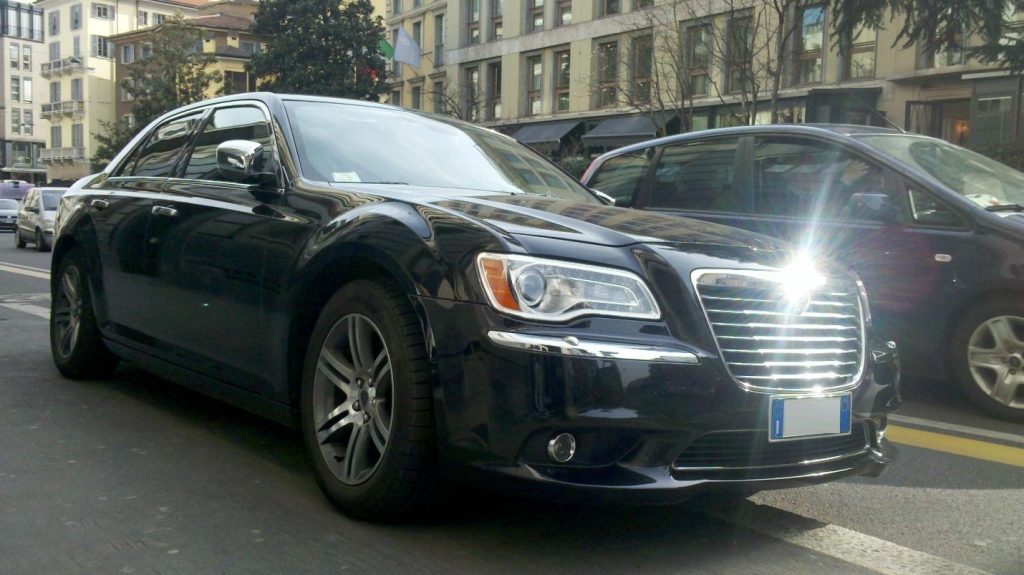 All armored cars undergo a range of ballistic tests for reliability and level of protection to meet mandatory standards for all armored vehicles.

There are different tests for the different car armor functions. The standard of the European Commission for Standardization is the most commonly used industry standard to determine the level of protection against weapons of medium level of danger.  In fact, there are two separate CEN standards for the level of vehicle protection:

One of the best endurance tests for the car is the one that measures the car’s running time at maximum load.  The additional armor end tests include checking the velocity of the brakes and the strength of the suspension systems.

Armor systems are continuously improving perpendicularly also with increasing frequency of attacks around the world. As criminal groups resort to ever more ingenious and precise weapons, this puts the need for manufacturers to develop a better armor.

For example, the German company Alpha Armoring (ALPHA SPHERION) offers a Toyota Land Cruiser armored vehicle equipped with a diesel engine that can travel 595 km without the need to stop for fuel, which is not a good idea if you are being pursued by attackers. 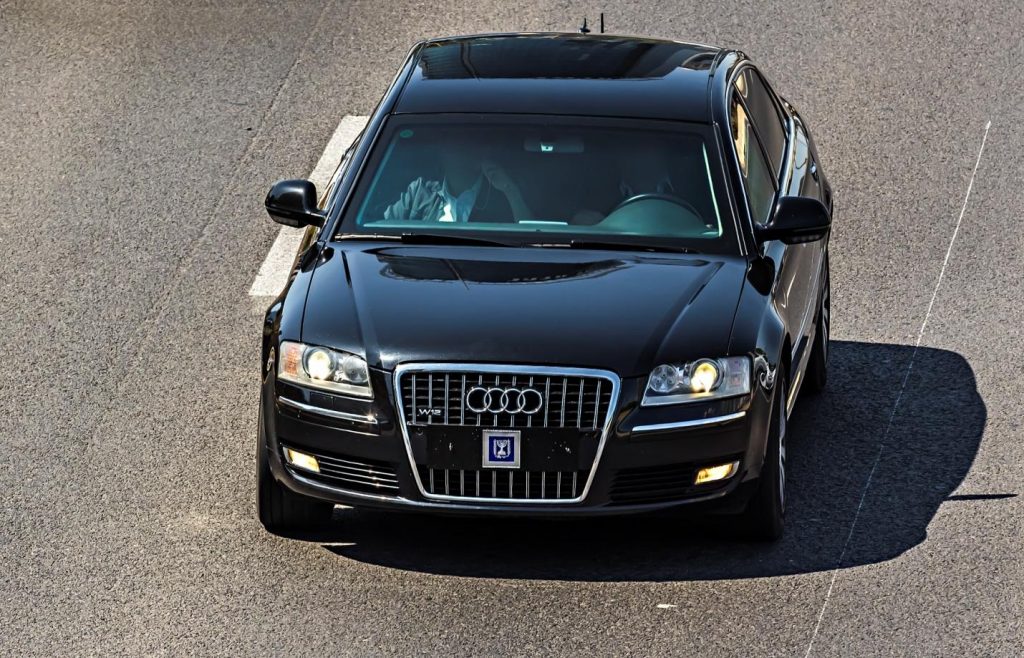 The car not only has to withstand 90-degree shell attacks but also has to be able to take on attacks from different angles. One of the most prestigious institutes, for example, is the one in the city of Ulm, whose certificates of passing tests are recognized throughout the world. Security levels VR6 and VR7 also provide a decent defense against robbery and kidnapping.

When manufacturing high-end armored vehicles, only high-quality and reinforced materials are used. In the production of armored cars materials such as hardened steel with increased strength and wear resistance, alloyed aluminum, wrought iron are used.

Plastic elements, organic polymers, enriched uranium, titanium alloys are also used which are twice as thick as aluminum, Kevlar panels that give extra flexibility and strength to the armor, heat-resistant ceramics that help reduce temperature in blasts and fire situations.

The overall construction of the armored vehicles is reinforced; the hull and the windshields have additional fortifications. Additional structural elements are also added at certain points of the car, for example the area where the driver and the VIP passengers sit or at the location of the valuable package.

In view of the increased weight of the armored vehicle and the need for wear resistance, the suspension, braking systems and engine structure have been further strengthened and last but not least – chassis of the highest grade of carbon steel and aluminum alloys. Many of the elements in armored cars are placed manually.

Their windshields are made so that they can completely stop the bullets without breaking the glass. They reach a thickness of up to 13 cm. Special substances with a protective function are applied on them.

The designers of armored cars aim to create lightweight armored models, while making no compromise on the structure of the armor. Mercedes-Benz is one of the companies with many years of experience in creating armored cars that offer protection against all kinds of armed attacks. For more than 80 years the company has been developing and testing models of armored vehicles.

Tests of some armored car models: 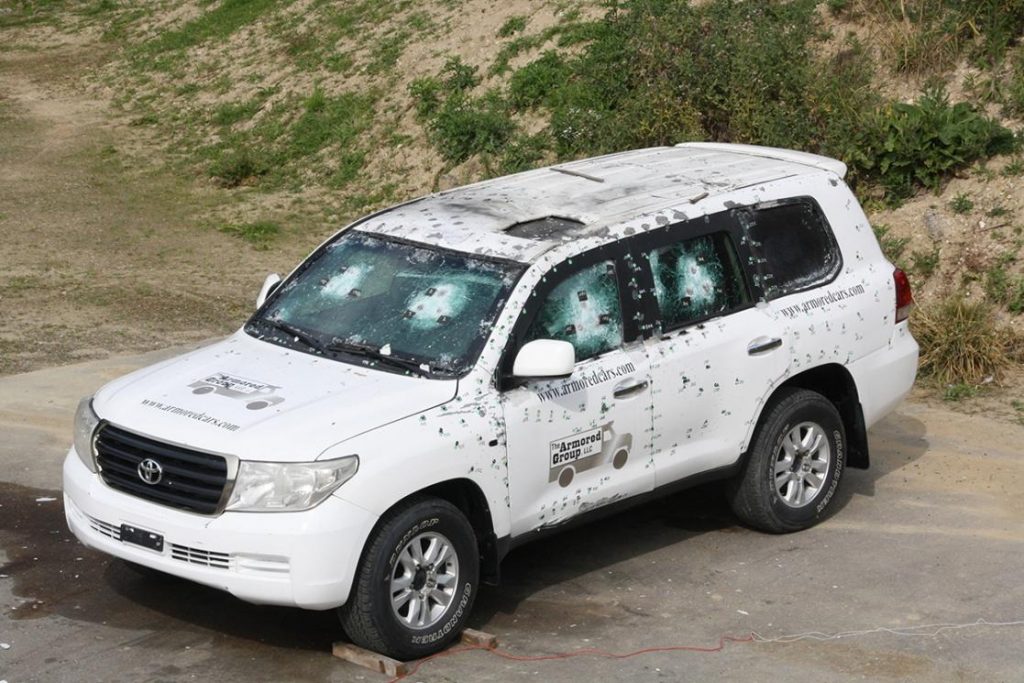 VR7 Toyota Land Cruiser 200 Convoy is one of the first armored cars in the world to receive the VPAM BRV 2009 certificate for the VR7 level of security (equivalent to CEN B6). The certificate test was conducted by the internationally recognized Beschussamt Mellrichstadt ballistic test laboratory in Germany which also carries out other tests on the vehicle.

The VR7 Landcruiser Convoy is certified by IAG’s BRV2009 standard, and during the tests the car has shown perfect ballistic protection compared to cars without a similar certificate.

IAG is one of the first manufacturers in the world to have obtained the VR7 certificate, based on the most stringent requirements of the updated ballistic standard BRV 2009. The company has more than 20 years of experience in the development of armored vehicles and combat tactical vehicles. As part of the BRV 2009 VR7 certification process, complete ballistic testing of the design and construction of the armor was also carried out.

During the creation of the armored vehicle, Beschussamt Mellrichstadt engineers carefully analyze the design and production process and finally perform a final check of the finished car for weak points in the armor.

A fire resistance test has been carried out, which was filmed live. If a bullet fully or partially passes through the vehicle’s armor, it is considered for the vehicle to have failed the test.

The Toyota Land Cruiser 200 model undergoes a one-week series of tests during which 7.62×51 and 5.56x45mm ammunitions from different angles are fired at the windows, windscreen, door frames, side panels as well as all vehicle shafts. Test results are positive and indicate no breaches in the passenger cabin.

The cruise is then tested for protection against improvised explosive device (IED) which has been tested extensively. Testing includes DM51 hand grenades and a HG85 military hand grenade, as well as a DM31 mine  placed on the roof of the car and on the floor beneath it.

In addition to this, a 12.5 kg military PETN explosive was blown 4 meters from the car, the explosion of which is equivalent to 17 kilograms of trotyl. The blast inspection reveals that the armor is intact and that no shrapnel has entered the passenger compartment although many OEM panels have been destroyed.

The conclusion is that the armored VR7 IAG Toyota Land Cruiser 200 Convoy® offers flawless protection not only against gunfire but also against explosive devices and mines.

During the live fire test conducted by IAG Convoy®, the armored VR7 Toyota Land Cruiser endures shooting with 400 7.62x51mm and 5.56x45mm projectiles shot at different angles. Shooting covers the windows, the roof, the trunk area, as well as the more hidden places like door gaps, handles and possible weaker points in the armor. After 5 days of testing, IAG Convoy® does not show any damage to the passenger compartment and proves in practice that it can withstand any type of threat from the CEN B6 level.

The Toyota Land Cruiser 200, for example, is manufactured to meet the VPAM 7-9 and VPAM VR 10 security levels. It has been tested at the German iABG military test facility on the BRV 2009 standard for VR 10 protection level.

Despite the added armor, the manufacturers have managed to maintain the vehicle’s weight of 4,830 kg, which makes it only 200 kg heavier than a VR7-protected car. It provides a high level of protection against military attacks, typical of military machines, while displaying a civilian and simple appearance of a standard SUV.

The tests of this SUV model were shot with high-speed cameras and a dummy placed inside to detect the level of damage that can be caused to the occupants of the vehicle. In 2013 this company became the first to achieve this level of protection for its cars and therefore the Toyota Land Cruiser 200 offers the highest protection among civilian cars.

While the armor of an armored vehicle with a B6 / and VR 7 level of protection can be pierced by an armor-priecing bullet, the certified VR 10 provides protection against all types of frangible bullets, most types of armor-piercing bullets, and Dragunov sniper rifles.

A quite prominent armored car defense test is offered by the Texas Armoring Corporation (TAC) , where Trent Kimball, the corporate director himself, enters the SUV model Mercedes-Benz GL, which was shot 12 times by an employee with an AK-47. None of the bullets go through the glass and only manage to crack it.

Another VR7 armor test performed by the Beschussamt Munich independent laboratory is with the ASV VR7 Land Cruiser. It successfully passes the test where it was shot from all angles with 301 bullets (7.62×51 M80 and 5.56×45 SS109) and meets the requirements of the BRV2009 level 7.

It also survived the 20th caliber shooting in the driver’s door.  The car successfully withstood also the explosion of two HG85 grenades on the roof, the other two HG85 under the floor, two DM31 AP mines under the floor and a final 12.5 kg PETN explosive on a side panel. 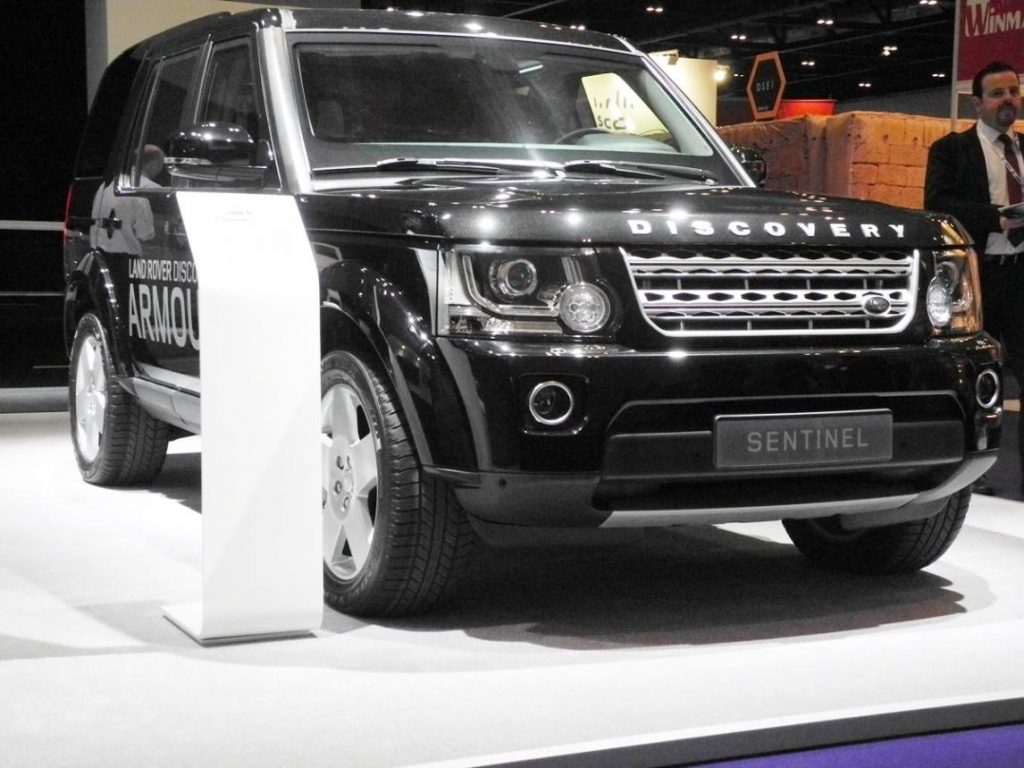 The Range Rover Sentinel is the latest British model of an armored rover weighing more than 2,539 kg.

Developed by the Department of Land Rover Special Vehicle Operations, this rover model is the perfect armored transport option. It features ballistic steel and a multi-layered laminated tinted back window able to withstand 7.62mm high-speed bullets, a 15 kg trotyl and hand grenades explosions.

Its technical characteristics are similar to those of the standard Range Rover as a result of the modification of the suspension, braking systems and improved 335bhp V6 3-liter gasoline engine.