The machine protects against explosion of a projectile with power up to 6.5 kg of TNT

A century after the appearance of armored vehicles, their modern “brothers” exceed even the boldest expectations of their founders.  World engineers compete to upgrade the technical qualities of each new specialized car.

The unique multi-purpose “VPK-Ural” is one of the latest developments of the Russian Military Industrial Company / VPK /.

The armored vehicle can withstand and continue to transport after an explosion of a mine with a capacity of up to  6.5 kg of TNT.  The vehicle was shown for the first time at the arms showroom in  Moscow Region “Army 2019.” At the international military-technical forum it was demonstrated together with the new generation of armored vehicles “Tiger”. 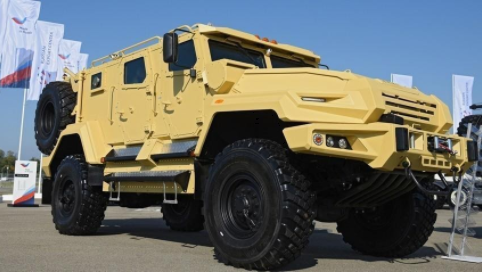 The car, for which the designers have chosen a sand color, has  successfully passed all field tests,  according to information from official sources. Usually this means that “on the ground” thousands of kilometers are covered in rough terrain, highways and special routes.

The aim is to check the operability of the machine at different amplitudes, operation at high and low temperatures, overcoming various terrain conditions and more. The car must be tested for shelling and blasting to ensure its safety in real battles.

The specialized car has 12 anti-traumatic seats

“VPK-Ural” has excellent indicators for the transfer of special forces in dangerous areas of hostilities, it was learned during its official demonstration. It was stated that the capacity of the vehicle was  12 people.

In addition, passengers are expected to be in full combat gear. This means that the equipment of each of them can reach  about 50 kg,  which include weapons, ammunition, armor.

Among the advantages of the new special vehicle are the anti-traumatic chairs, which are the own design of the  Military Industrial Company  / VPK /. Engineers have worked diligently on mine protection. Experts in car design explain that the seat has been improved in a way that  allows maximum endurance in the event of an explosion.  In this way, the reinforced coupe ensures the safety of the crew and passengers. Four-point seat belts also contribute to their protection. 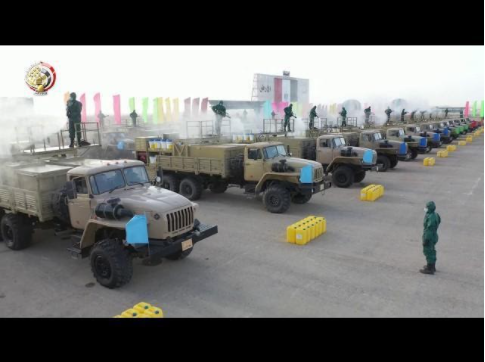 The compartments of the armored hull are equipped with protection from the inside to prevent damage to personnel in the vehicle from armor fragments and ricocheting of armor-piercing nuclei. The machine is far more spacious from the inside than  Tiger and Athlete  for example. You can easily go from the cabin to the so-called. lounge where the passengers are. There are two seats in the front and the other ten seats in the back. The car has a total of five doors – two on the left and right and one at the rear.

The Russian machine has a number of breathtaking technical indicators. The transport “beast” weighs 14.5 tons, and its armored shell is designed to protect against the most powerful large-caliber sniper rifles and machine guns. The military-industrial company points out that the main building has the so-called  “Blown armor”,  which corresponds to 5th class ballistic protection, but if desired it can be increased to 6a class.

In addition to the high level of ballistic protection, the special vehicle has excellent maneuverability. From the publicly announced parameters of “VPK-Ural” it is clear that the armored car is powered by the Russian diesel engine YAMZ-536 with a turbocharger and has a power of  360 horsepower.  An automatic transmission is used.

The multi-purpose armored vehicle is 4×4.  It is built on the basis of the standard two-axle chassis of the car “Ural-53099”. The gearbox is automatic. The new armored car has a high suspension and a V-bottom with a floor on two levels. It is typical of modern wheeled armored vehicles with improved mine protection, as it aims to effectively dissipate energy from the explosion and resist shrapnel. 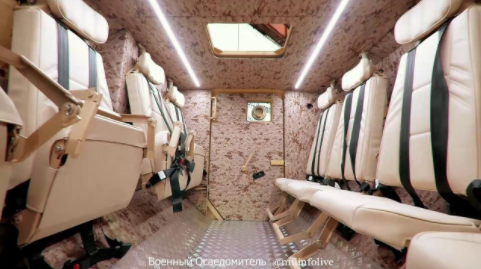 Interchangeability of doors and body elements

The performance of the vehicle is also not to be underestimated. It is characterized as multi-purpose by the specialists who developed the machine. It is said that it is unified with other Russian military developments.

This means that  parts of the Ural can also be mounted on other armored vehicles of the company.  Another advantage is that elements of the body, if necessary, can change places. This applies to all side windows as well as doors. They are also interchangeable with those of the Russian armored vehicle “Athlete”.

Specialized information sites reported that for the first time the multi-purpose armored vehicle “VPK-Ural” has already been delivered to a foreign customer. At the request of the owner of the vehicle was made in a smaller version.

The client has requested a capacity of up to eight people  The Russian company announced at the end of last year that a contract for the export of armored vehicles to Middle Eastern countries was to be signed. It was also learned that the military had tested the VPK-Ural during the strategic command and staff exercises Caucasus 2020 in tactical episodes.

Another well-known feature of the car is that on both sides the designers have  provided doors for machine gunners and machine gunners.  This way you can shoot while driving, as well as from a place where the armored “beast” is positioned. For this purpose, there is a hatch in the attic, where you can also open fire. In this case, the vehicle can become a base for installing various weapons.

Versatility of the armored car

The parameters of the new “jewel” of Russian military equipment are an excellent variant of all the alphabetic qualities,  which every self-propelled vehicle must have in battle. The main thing is that it is able to support infantry with machine gun fire and to be best protected from enemy bullets.

In fact, the armored car  “VPK-Ural” is designed for:

But in addition to the battlefield, armored special vehicles can be used to move personnel through areas where various irregular formations operate, to  transport VIP passengers in conditions of increased terrorist threat.