Home>Blog of Brone.bg>Ferrari 458 Speciale a non-standard armored car
Previous Next

A red Ferrari, that’s what a person needs…

The popular refrain from the song of the same name is not far from the truth. Ferrari continues to be the most coveted car in the world. Driving a car of the great brand is a symbol of success, standard of living, dream come true.

Less than 100 years have passed since the founding of the Italian company that launched the first car in 1947 for the mass consumer under the name Ferrari. Since then, the brand has been synonymous with speed, safety and road style.

After seven successful decades on the market, the company continues to surprise with engineering and design solutions , which maintains its leading position in the automotive industry.

Connoisseurs of good cars have hardly missed one of the last favorites on the road Ferrari 458 Speciale . Even more unique is that the sporty and ultra-fast vehicle has an improved armored version made in the American studio AddArmor .

At first glance, the car does not look armored at all, but with the extras in itself it has a level of protection class B4, which is respectful on the road. According to the achieved level of security, it means that the modern machine can withstand firing with a pistol with caliber 9 mm and 44 Magnum and thus to protect people in the car, both from sudden and unwanted ambushes while driving and during a stay.

Although there are no visible changes to the outside and inside of the cabin, the armored Ferrari 458 Speciale differs from the classic models with not one but two improvements. 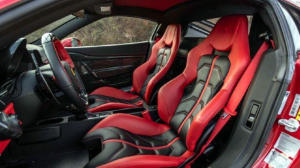 One of the mandatory changes when booking a car is the protection of the glass . Here, car experts have relied on laminated glass . They are made of polycarbonate and acrylic and their stability is guaranteed by their thickness. In this case it is 20 mm, but optional the customer has the opportunity to increase the density of the glass, say the specialists of AddArmor.

Next, improvements have been made to the car’s doors. In order for the new Ferrari to continue to be a super fast and maneuverable car on the road, it has acquired multilayer synthetic ballistic panels .

The exceptional thing about these panels is their enviable characteristics, as they make the improved doors ten times stronger and about 60 percent lighter than steel , which is generally used in the mass case.

The creators of the unique vehicle do not reveal all the secrets of the machine. However, it is clear that after increasing the protection of the car, it has less than 60 kg heavier coupe , which is a huge achievement for automotive engineers. But that’s not all, because in reality the weight is felt half less, ie it is about 30 kg. The difference is achieved with the help of carbon used. In addition, the car is equipped with exhaust system Capristo This makes up for a lot of the extras involved in booking so that they don’t drastically change the overall weight of the vehicle. 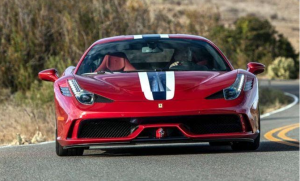 Ferrari is a Ferrari, which means – no compromises in technical performance. The machine has a powerful V8 engine , whose volume is 4.5 liters.

Ferrari 458 Speciale develops 605 hp. and 540 Hm. According to information from the American studio AddArmor the car acquires more 40 kc, via the added exhaust system.

The car has the exceptional ability to accelerate quickly within 3 seconds to lift from 0 to 100 km / h. And up to 200 km / h can be fired in just 9 seconds , according to field tests. These factory-set options remain unchanged after booking.

It also applies to the maximum speed that the Ferrari can develop, and it is a remarkable 325 km / h. A similar speed makes the car a super fast road machine that can reacts in all situations. Because a light sports model remains a more maneuverable option compared to a significantly heavier sedan.

Of course, 458 Speciale is not armored as the highest possible degree of protection, but class B4 is sufficient for urban conditions and is a shield against attack with a small weapon. 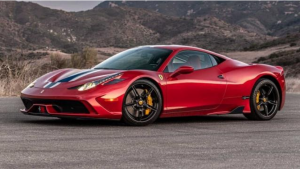 The unique thing about this car is that it totally overturns the recent ideas for an armored vehicle , which is rather associated with a heavy and difficult to maneuver car. They are refuted by the stylish and aerodynamic coupe, the screaming engine and the vision of the vehicle .

In fact, Ferraris are once again showing what they can do by demonstrating what modern beasts on the road should look like.

On the other hand, in the version Speciale there is a sequence that is set in models such as F355 Challenge Stradale and F430 Scuderia. Ie. the successor of the company’s trends points tray the best of the established advantages of the track along with the needs that everyday life requires from a car .

All improvements to the armored version have been calculated for 28 thousand dollars, according to the masters of the demonstrative armored beast. The calculation shows that with extras Ferrari 458 Speciale costs 625 000 US dollars.

The question now is what the Italian sports car manufacturer will surprise us with in the future.

The remarkable history of the company and its unique cars can be seen at Ferrari’s headquarters, which is located between the Italian cities Maranello and Modena . There are also shown the models with which the company participates in car races and especially in Formula 1 , where it enjoys great success from the 50s of the last century until now . 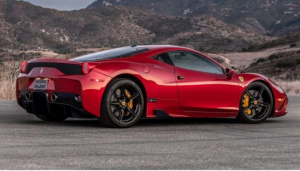 For its millions of fans, the company offers on the market branded products with the Ferrari logo as:

They all bear the company symbol. The well-recognized Ferrari logo is a upright black stallion on its hind legs . It is depicted on a yellow shield and the letters SF are written, which is an abbreviation of Scuderia Ferrari.

The logo also features the national colors of Italy , which are green, White and red. Every car of the company must have the company logo, which is on both sides of the car, as well as on the front cover.

The history of the logo is related to Baroness Barakka , who presented the badge to the company’s founder Enzo Ferrari. The horse was painted on the plane of the Baroness’s son, who died as a pilot in the First World War.

A curious fact is that the red color, which is a trademark of the Italian brand , there are actually many varieties. So far, there are 16 different colors in which one car can be ordered.