If you are a fan of nice cars, you certainly know very elegant models, as well as those that are very comfortable, with a great performance on the road, etc. Sometimes there are very beautiful fast cars, and often in the name of speed we close our eyes to some detail. Convenience and speed  is also a very good combination.

However, is it possible to have a car that is the perfect combination? If what you are looking for is a first-class appearance, comfortable interior, many extras, a powerful engine and a sense of absolute security?

Cadillac’s Escalade series will convince you that perfection can be a reality. 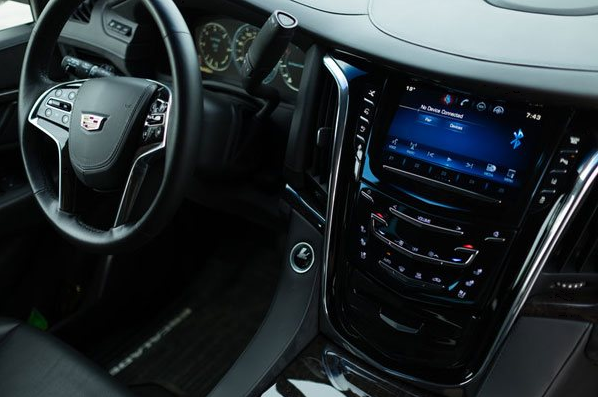 The story of an idol

Cadillac has been a symbol of  luxury and sophisticated cars for several generations. He has been sung in many music hits and we often see his best-selling models in movies like “Batman” from 1989, “Disappearing in 60 Seconds” with Angelina Jolie.

Over the years, it became less and less known that the Batmobile from the first film adaptation from the distant 1943 was also a  Cadillac.  The fact is, however, that even today many high school graduates dream of appearing at their big party with such a car.

Escalade is a representative of the SUV class  of the famous American brand. It doesn’t just look good. Heir to the  legendary company Henry Ford Company  and produced for over a century by the  titan General Motors, the Cadillac  has always been a hallmark of people who show class and taste in cars.

The fantastic advantages of the jeep in numbers

The Escalade series first appeared in 1999, at the height of the jeep fashion boom. When it comes to more   extras in the car, we all tend to lose some things in the name of others.

However, there are sacrifices we would not make. One of the biggest luxuries of these cars is comfort. The salon is upholstered with special leather in beige or black.

In 2008, the first  Escalade hybrid appeared. So far considered the best is  the petrol jeep from 2014,  but in general after a  bigger drop 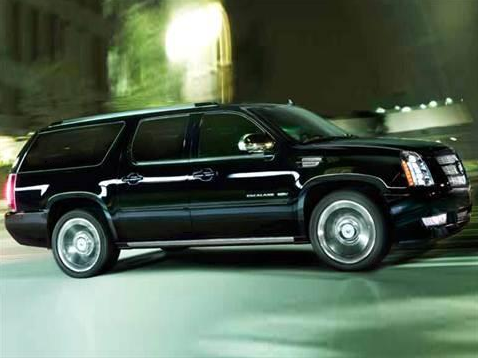 in sales from 2013  the model manages to return gracefully in the charts and continues to hold the charts until today.

The fifth-generation Escalade 2021 was recently unveiled in  Beverly Hills .  Unfortunately, the situation in recent months has necessitated the postponement of the auto show, where it was scheduled to take place live.

However, thanks to  Cadillac’s virtual configurator, the new Jeep  of the series could be customized via the Internet in real time. As expected, the extras of the new generation are more than ever. In the cabin, we feel great in front of its  extensive OLED display.

The latest model includes  the “Super Cruise” function,  which will allow us to drive much easier with the help of the first of its kind  “handsfree” for drivers.  So far the software was available for  models Cadillac CT4, CT5, CT6 and XT6.

Unfortunately, in order for this feature to be available, the car must travel on a road or highway compatible with its application. Therefore, so far, only those driving on American soil can take advantage of  Super Cruise’s capabilities .

Although it “pulls” hard, the jeep’s manufacturers have tried to make it as easy as possible to control and control.  This is a beast that will obey you completely and will not let you down. Even  off-road,  Escalade guarantees good performance.

The engine of this “Cadillac”  starts from 5.7 liters at the very beginning.

In recent years, the engines of Escalade cars have swelled to 6.2 liters. There is no terrain through which this monster cannot triumphantly penetrate. 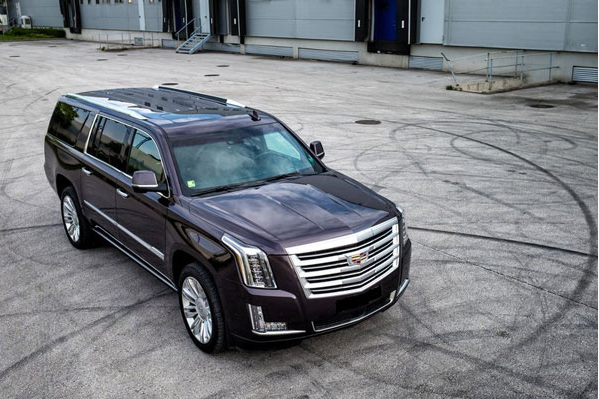 What is the best Escalade?

If you have decided to  get the most out of your vacation, this car is great for you. There is no better choice for traveling short and long distances between settlements.

You can rest assured that it will accommodate your whole family and friends, as well as the necessary luggage so that you can travel around in a comfortable and safe car.  In its standard  configuration, the Cadillac Escalade  can accommodate seven people.

Escalade will amaze you with its  finesse against the background of its huge size and respectful appearance.  Being an off-road vehicle makes it even more chic compared to our ideas for the  SUV class.

Although large, the  Escalade  jeep is also very fast with its 8-cylinder engine. In official tests in 2015, the petrol  4 x 4 modification “Premium” lifts up to 96 km (90 miles) per hour in less than 6 seconds. In the same tests, the registered  braking distance for this speed is a little over 40 m,  which is great for such a large specimen.

The advantages of Escalade for rent in Bansko

It can be said that this is one of the  most innovative models of the Cadillac brand.  That is why it is an expensive pleasure. At the same time, the model is expected to maintain prices below the average for similar models from manufacturers such as  Aston Martin, Bentley and Lamborghini.  However, they give us almost nothing more than the colossal brand.

In Bulgaria, the prices of this new model start at  BGN 200,000, the old model sells for about BGN 35,000 and up.  The 2021 model has grown even more. In addition, for the first time it will be available in a turbo diesel version, and it will not become more expensive. Given the circumstances, it is likely  the model’s prices will rise slightly less  than expected before the crisis, but will still go up.

If you can’t afford this car,  in Bansko you can rent a Cadillac Escalade , with which you can feel completely safe and at the same time in the center of attention. When we go to the mountains, it is not always a convenient choice to go with your personal car.

Escalade is also available for people who need transportation, leaving  their own car in the parking lot or away from home.  Sometimes what we need is discretion, so we can choose  armored Escalade  with tinted rear windows. With it we can cross the streets of Bansko  or travel in the surroundings without worrying about our safety.