Armoured Cars of the Action Movies

Home>Blog of Brone.bg>Armoured Cars of the Action Movies
Previous Next

Armoured Cars of the Action Movies

Armoured cars are multifunctional vehicles designed to protect and ensure the safety of the passengers who ride in them. They are resistant to bullets, bomb attacks and have numerous additional extras, which can save the life of the passengers even after a rocket shelling or gas attack.

Just because they are with a high degree of security and incite the curiosity and interest of the consumers, the movie industry often uses armoured cars in the action movies. 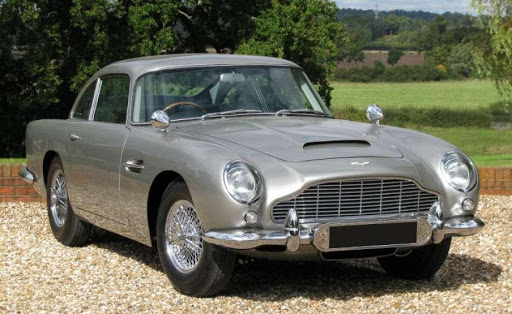 The most popular armoured vehicles from action movies

At the time, when the Aston Martin DB5 appeared in the third film of the series about James Bond – “Goldfinger” (1964), it immediately turned into the “Car of Agent 007”.

Although in the novel of Ian Fleming Bond drives DB Mark III, when the producers of the film sought the consent of the automotive company Aston Martin to use their car for the photos, the company offered them Aston Martin DB5, as this was their latest model, and it needed popularization accordingly and advertising.

Especially for the purpose of the film, the vehicle was modified with armoured glass panes, machine gun, radar, catapult on the driver’s seat, alternating car plates and yet heaps of extras, that the fearless agent used in his fight with the villains.

Few people know that after the film shootings, they, from Aston Martin, removed all weapons and equipment from the prototype and auctioned them out. Later, the next owners of the “Bond Car” tried to restore it in its original version of the film. In 1997, however, the armoured car of Agent 007 was stolen from a garage in Florida and since then its tracks have been lost.

Aston Martin DB5, which in 2010 was sold for 4.1 million dollars, was in fact from the next film of James Bond – “Operation Lightning”. The armoured car was sold with all extras with which it was equipped for the photos.

Since the interest in the Aston Martin DB5 of “Goldfinger” does not stop, recently from Aston Martin, they announced that they would produce 25 numbers of the legendary DB5.  The 25 cars of the limited edition series will be equipped with all the improvements, such as those present in their original version of DB5, driven by James Bond in “Goldfinger”.

According to experts, the vehicle will cost around EUR 3 million.

Ford Falcon is one of the main characters in the futuristic action movie from 1973 “The Mad Max”: Warrior on the road“. The armoured car is a constant companion of the Mad Max (Mel Gibson) and his only way of survival after the devastating catastrophe that destroyed the world.

For the “Mad Max” photos, the vehicle was modified and powerful weapons, bulletproof glass panes and other extras were added, which came into operation during the tensed action scenes.

After its great popularity in the film, the producers decided to take away its modifications and to advertise it in the malls of Australia, relying on an increase in the sales of Ford Falcon because of the participation of the car in the “Mad Max”. After its tour around the country the vehicle was exposed to auction, but unfortunately, nobody wanted to purchase it without its futuristic extras.

Both of the BMW – vehicles participated in the James Bond movies, as, in “Golden eye” from 1995, James Bond staked on BMW Z3, and in “The World Is Not Enough” from 1998, he saved the world with BMW Z7.

Of course, it is clear that both Z7 and Z3 in the film were equipped with all the technologies that only the armoured car of the Queen’s agent, like Bond, can possess. 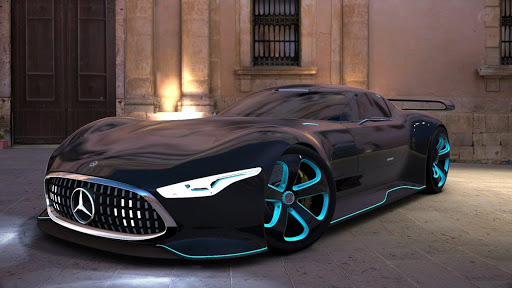 Initially, the car that Bruce Wayne drove was made almost with available means. The original version of the Batmobile of “Batman – the beginning” is based on the Ford model Lincoln Futura, which, with small modifications was converted into one of the most desired armoured vehicles in the world. The vehicle had a 5.7 – liter V 8 motor with 340 h.p., an electrical motor for silent motion, voice commands, etc., etc.

A little later, for the film “The Black Knight” by Warner Bros, they created the “Batmobile” such as we know it. The car is a hybrid between Lamborghini and Hammer, and, not only it is armoured, it is equipped with great combat arsenal like a jet engine, stealth mode, rockets, front weapons, and others.

In 2017 Warner Bros concluded a contract with Mercedes – Bentz, and in the “League of justice”, we see Batman drive AMG Vision Gran Turismo.

For the photos, the Batman’s supercar was modified by Mercedes – Bentz so that it looked just like the Batmobile prototype of Gran Turismo 6.

The Batman’s original car from 1966 was sold for 4,62 million dollars to the car collector Rick Champaign.

From the moment that Frank Martin (Jason Statham) got on and drove his Audi A8 W12 in the cult action movie Transporter 2, the Audi sales zoomed up drastically.

In the movie Frank Martin (Jason Statham) overcomes a number of mishaps thanks to his awesome limousine, which had bulletproof glasses, doors, which could detonate in order to open in case of a crash, additional power, and others.

The Audi models A8 and S8 became very popular, after participating in the action productions like Transporter 2 and Ronin.

More interesting however is that the Audi armoured cars are preferred by politicians like Gerhard Schröder and Angela Merkel, who replace Mercedes S – class with Audi armoured vehicles.

We go back again to the movies about the most popular secret agent of Her Majesty – Bond, James Bond, and his armoured vehicles.

After several films, in which the cars that Bond drove, were Aston Martin, in “Man lives only twice”, the film producers staked on the Japanese brand Toyota.

The Model 2000 GT, in which James Bond rode, immediately gained a great popularity, and that Japanese car brand is still much sought after today.

Although 2000 GT is the car of Agent 007 and it is equipped with all the technological gadgets, like each armoured car of Bond, in “Man lives only twice”, 007 didn’t drive the car even once.

Furthermore, the standard Toyota 2000 GT is produced only covered, but for the movie, the Japanese manufacturers produced two cabriolet ones. That was necessary because Sean Connery who plays the part of Bond in “Man lives only twice” was too tall and did not fit in the standard version of 2000 GT.

This is a very small number of the cars which became popular thanks to their participation in the cult action movies.

We have to emphasize, however, that the cars which participate in the blockbusters differ from the standard models of armoured vehicles, that the manufacturers offer.

In the action movies, the armoured cars are modified for the purposes of the movie, so, if you expect to buy Aston Martin and the vehicle to have all the combat weapons like the car of James Bond, you would be disappointed.
But then, nothing prevents you from dreaming, does it?

Armoured cars have always attracted and will attract the interest of both the politicians, businessmen, and people from the show business, as well as the ordinary people, because, as we said at the beginning, they can ensure the safety and security of everyone who rides in them.